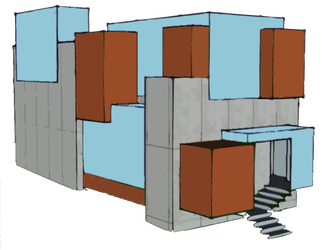 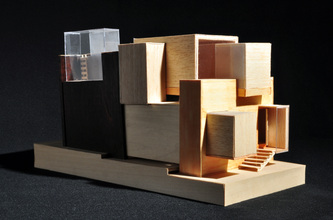 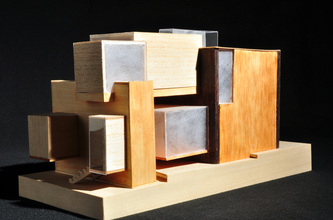 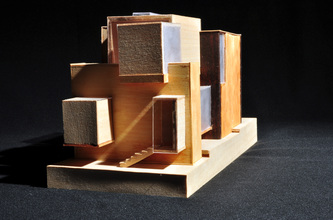 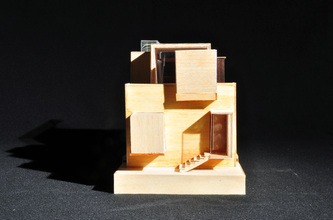 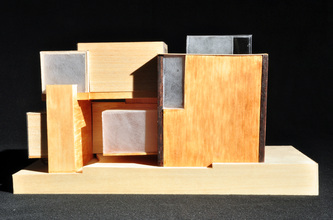 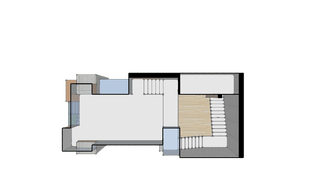 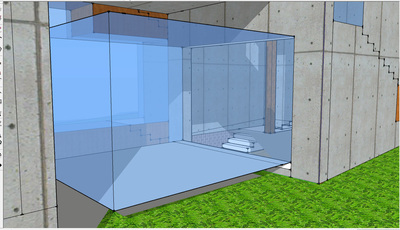 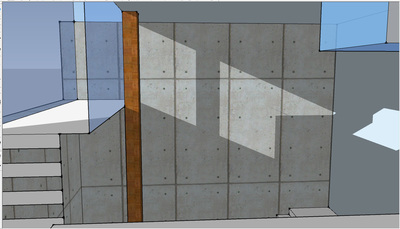 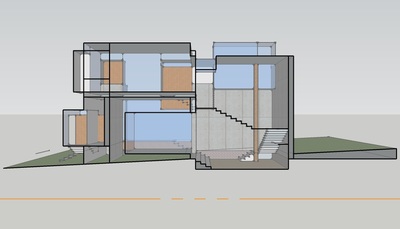 Accelerated Design II: [3 week project]
The design problem was a weekend retreat on a nearby lake for a professional food critic. The client requests an inspirational space that utilizes light expressively and is a spatial and visual release from traditional housing.
She is seeking an architecture that expresses the centrality of cooking and dining rituals in her life.
Design constraints: Must be linear and orthogonal; Can only extend horizontally in one
direction 50' max; Cannot build higher than 36' above ground

My design focused around organization and priority of space. The house was defined in cubic areas, each assigned a specific material that made sense to the space. As a food critic, dining on the food was the most important part of the process for the client so I designed the entire layout around this glass box dining room that is on display for everyone inside and outside to see. The kitchen is the hearth of the space so I designed it as the most stable and structurally sound rooms in the house - one that everyone would gravitate to when in need of comfort. 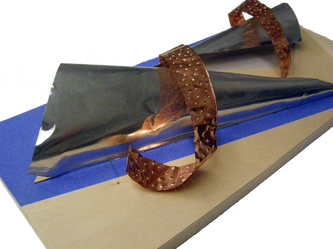 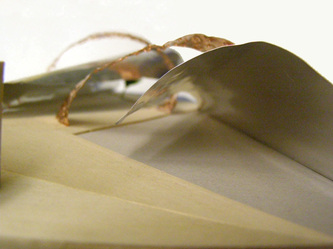 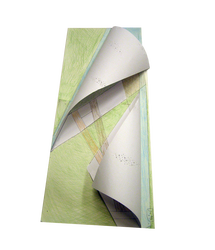 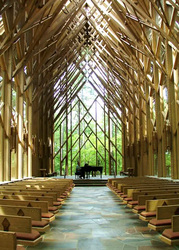 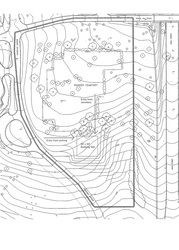 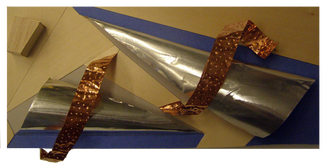 Accelerated Design II: [2 week project]
Asked to design a non-denominational place of meditation for the West Campus at KU.
The chapel should be a place of contemplation and inspiration, and it should be designed to
accommodate a wide range of ceremonies and rituals.

My design was inspired by material experimentation. While it is difficult to see from
the images, the space incorporates reflection pools and protects against elements while
focusing one's view away from main roads towards nature. 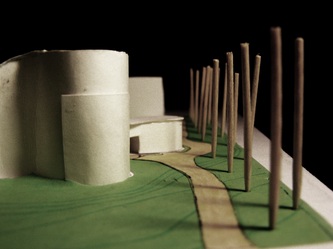 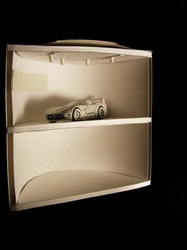 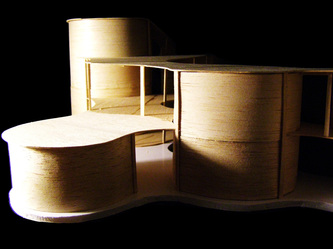 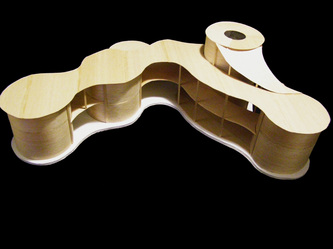 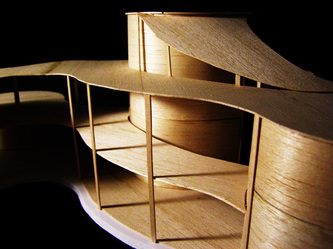 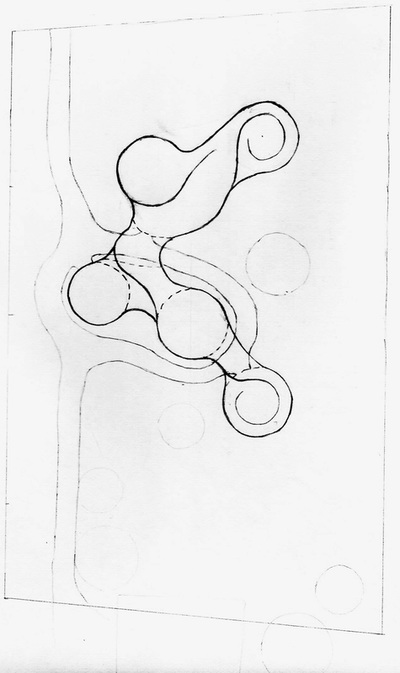 Accelerated Design I: [4 week project]
The project was to design a car enthusiast's  garage located in a residential neighborhood.

The inspiration for my design initially began with the exercise on the movement of cars and the idea that cars don’t move in squares. Therefore, I wanted my building to allow cars to freely move around the space without dead zones, like corners. I felt that circles would best display the cars, but still allow movement through the area. My design became modular through the use of three sizes of circles
connected by flowing walls.